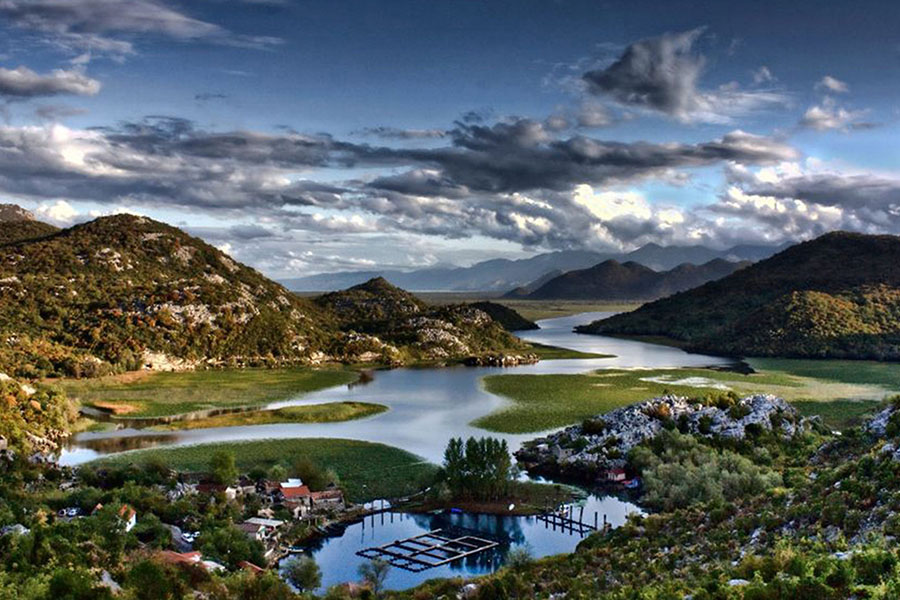 Discover magic of Skadar Lake, one of National parks in Montenegro

On this excursion, the largest freshwater lake on the Balkans Skadar Lake, welcomes you in Montenegro. You can get this excursion while being located in Ulcin, Bar, Petrovac, Tivat, Budva or Kotor almost any day of the week.
Lake Skadar is shared between two countries Albania and Montenegro and is an important historical and natural monument for Montenegrins. It has been a National Park since 1983 and was added, in 1996, to the World`s List of Wetlands of International Importance by the Ramsar Convention. Speeding out on 400skm Skadar Lake national park offers lots of activities for all nature lovers: gastronomy, bird watching (there is a large number of birds species - It is stated that 270 kinds of birds inhabit this Lake., wine country, boat cruises, and much, much more.
It is most famous for its diversity of flora and fauna and distinctive for mutual vicinity of different living areas and their chain of feeding. In the lake’s immediate vicinity is the habitat of the grapevine used for producing of famous red wine Vranac, a product Montenegrins are extremely proud of! If you are in loved with nature and amazing landscapes this Skadar lake excursion is your perfect choice to get to know the wild side of Montenegro, during your stay in this amazing country.
The history of Skadar lake will also amaze you, it was invaded by the Turks in the 13th century and occupied for five centuries. After this in the late 19th century, Skadar town Zeta) was incorporated into Albania . By the 20th century, with an Independent Montenegro, the lake returned to its rightful owners. But you will learn more about historical upraises on the excursion itself, while enjoying in the peacefulness of the lake and its numerous islands led medieval feudal lords to erect fortifications and monasteries on them, whose architecture is a true rarity today.